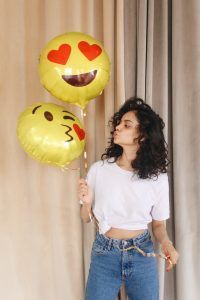 Most of the communication we maintain via mobile devices with internet access is done through text messages – except for those who love using the audio feature. In the midst of short messages, long messages or a simple good morning, we started to adopt the habit of illustrating, over and over again, our sets of simple words with dear – dear – emojis.

As everyone knows, emojis are those tiny, typified images – of faces, things, animals, flags, symbols and everything else in the world. Not to mention that I’m lying when I say that emojis are already, let’s say, a cultural habit, currently, according to information that was made available by a report published by CBS, we type 10 billion of these stickers daily, while maintaining our communications during use. applications present on mobile devices . See how information alone proves me wrong?

Jennifer Daniel is Google’s Emoji Creative Director . Daniel is, in a nutshell, responsible for creating all these symbols that are used on the tech giant’s devices, including those on Android phones – the professional and her team designed a total of 3,000 emojis.

“I get very involved in this work,” Daniel said in an interview with CBS NEWs. “By that calculation, that makes her one of the most-watched living artists today,” said reporter David Pogue.

Technically, the curious thing here is that the creative work developed by Daniel is Google’s own characterization, that is, it is the face of the company, after all, each enterprise in the technology sector seeks, in creation, to show its own style.

When asked to chart Google’s style, Daniel decided to follow the cute line. “Apple tends to be more realistic. Microsoft is flat, very flat, and they have this, like, big black outline around emojis. The ones on Twitter are great and they’re really simple, a lot simpler than the ones on Google actually.”

As much as Daniel characterizes Twitter’s emojis as simple, the 176 original symbols that started running on Japanese cell phones in 1999 are much more. And it is exactly this year that the fashion for these stickers began with greater popularity. However, these symbols first appeared in 1991, when Mark Davis, president of the non-profit organization Unicode Consortium – a team of representatives from major technology companies such as Apple, Google, Facebook and Amazon – founded the company to eliminate a Tower of Babel technical issue: Symbols typed on one type of computer appear wrong when sent to another. 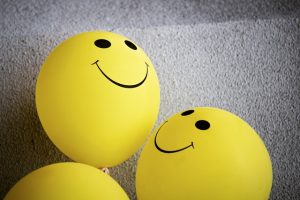 By having such responsibility in their hands, in 2006, the organization also became the guardian of the emojis. Furthermore, it is the only one to decide which new symbols to add each year. “What we’ve decided to do is open a process so that anyone can file a proposal,” Davis said.

That’s right: anyone can propose a new symbol. Each year, the organization receives thousands of submissions, but only accepts about 70. “So keep some rules in mind: we don’t accept deity emojis and we exclude company logos,” Davis said. “In order for your emoji to be chosen, you also need to provide some information to show us that it will have popular acceptance.”

A good example to illustrate the organization’s selection process is the hijab emoji. Rayouf Alhumedhi was only 15 years old when he discovered that among the existing images there was no one representing the hijab, a garment worn on the head by Muslim women. On the same day that he discovered the lack of emoji, he created a proposal for the organization, which upon reading the young woman’s justification, included the hijab’s figurine.